This video will let you take a walk through our Villa …

The story of Villa Emma … 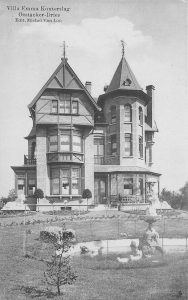 Villa Emma is a typical cottage villa, built in 1909, after a design by the municipal architect of Sint-Amandsberg Jan Rooms.

Initially, the villa was the summer residence of the family and was at the time surrounded by a stud farm, a large orchard and “wide landings”. The remaining area of more than 3000 m2 is still witnessing this initial period, with the original pond, the path structure and the garden. The original fence between two brick pillars is still preserved. The old trees around testify to the many good but also the less good moments from the history of the villa. For example, during WW II he was seized by the German occupier and served as a forwarded command post.

The Villa is inspired by an English Cottage style, combined with style elements of the  Art Nouveau style, emerging in those days.

Twenty years ago we bought the Villa from the previous owner who could no longer support the maintenance of the garden anymore …. It is a wonderful place to live. And now our three children are “flying out” …. and the house becomes a bit big for two residents. The moment to share the top floor with people who like this type of house and want to stay in it for a while. After one and a half year of designing, drawing, planning and two years of renovation, we started on 1 April 2014 with the management of our guest accommodation. And never regretted it for a moment! 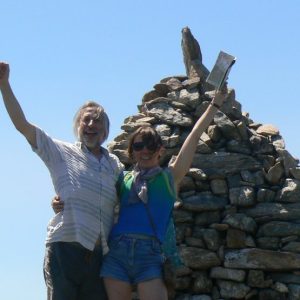